Support WEKU during the end-of-year membership drive! Click here to make a donation or increase your charitable gift. Thanks!
The Commonwealth

Millions of dollars from the fund have already been allocated to tornado-impacted communities such as Hopkins County, Mayfield and Taylor County. The funds can be used to help local governments, nonprofit or public utilities groups, state agencies or school districts. Beshear announced during a Team Kentucky update that groups in Fulton County, Mayfield, and Marshall County were receiving money from the SAFE Fund.

Beshear also provided an update on the 300 homes charities are building in western Kentucky with $16 million in funding from the Team Western Kentucky Tornado Relief Fund. He said six homes have been fully built and 19 are under construction and that he expects to see all 300 homes be built by the end of 2023, two years after the disaster.

“Since early May, we've announced millions of dollars in that western Kentucky SAFE fund — that was the model for what that special session just passed — so today, we have more awards,” Beshear said. “What we have seen in each of these is when it opens up, you'll have a lot of applications, and then people will deploy those dollars and then they come back because rebuilding takes time with additional applications.”

The six new disbursements include:

The governor added that these funds will hopefully help families, local governments and utility groups in tornado-impacted areas to mitigate some additional costs associated with recovery.

“All these prevent ultimate increases on our families,” Beshear said. “They prevent our counties and our cities from going bankrupt and having to look at their taxation, which people couldn't afford anymore right now. It prevents rate increases from the utilities that have had a lot of damage.” 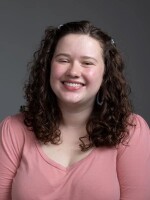 Lily Burris
Lily Burris is a tornado recovery reporter for WKMS. She has a bachelor's degree in journalism from Western Kentucky University, worked at the College Heights Herald, and interned at Louisville Public Media during her time there. In her free time, she enjoys reading, crocheting and baking.
See stories by Lily Burris
Support nonprofit, fact-based public service journalism
WEKU depends on support from those who view and listen to our content. There's no paywall here. Please support WEKU with your donation.
Contribute now