The new school year finds Kentucky experiencing a nationwide shortage of qualified classroom teachers. In her Eastern Standard debut as an interviewer for our series on education, Brigitte Blom, Executive Director of the Prichard Committee for Academic Excellence discusses the causes and consequences of having too few teachers with Kentucky Education Commissioner Jason Glass | Environmental reporter James Bruggers details his article exploring connections between mining and flash floods | The connection between religion and climate change is the focus of a conversation with former ER physician and evangelical Christian Dr. Matthew Sleeth | “Sangin’” season is almost upon us. Stephanie Lang gets some backstory on Gensing harvesting in Eastern Kentucky from historian Luke Manget | An update on the works of the Lexington Lab Band, now 72-artists strong | And Crystal Jones has details of a pair of flood relief concerts coming up in hard-hit Breathitt County 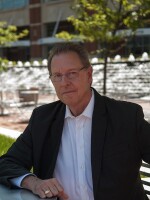