Support WEKU during the end-of-year membership drive! Click here to make a donation or increase your charitable gift. Thanks!
Lexington/Richmond

WEKU has been awarded Station of the Year by the Kentucky Broadcasters Association.

The station received the award in the radio category at the KBA's annual conference in Owensboro this week.

WEKU Director and General Manager Mike Savage says this award caps an amazing year for the Richmond-based public radio station. "WEKU was awarded three Murrow awards, six KBA Impact awards and now is Station of the Year in Kentucky. This award recognizes the hard work of the WEKU team. I am very proud of their effort."

WEKU was one of two public radio stations to receive an Excellence Award. WFPL's In Conversation won Best Talk Show. 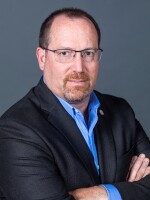