Biden Has An Ambitious Agenda. What Will It Mean For The Ohio Valley?

Even before taking the oath of office, Biden was already addressing the nation about his ambitious plans to fight the twin crises of a pandemic and a flagging economy.

“We understand what you are going through,” Biden said in an address about what he called a rescue plan for the nation. “We will never ever give up and we will come back. We’ll come back together.”

Biden has outlined his plans for economic aid, and major investments in clean energy and new infrastructure — much of it planned for the early months of his presidency.

We asked Ohio Valley ReSource listeners for their thoughts on the new administration’s agenda, and what will be most important for their communities. The responses show a mix of hope for some help on long standing areas of need, and anxiety about the potential costs associated with rapid change.

“This country's infrastructure needs overhauling,” one listener wrote. “It's a great way to jump the economy.”

The economy was the top concern our listeners identified, and some remarked on the connection between the economic recovery and recovery from the pandemic.

“Getting the pandemic under control will help get people back to work and help out [the] economy and small businesses,” a listener wrote.

Listener comments also reflected both the urgency of addressing climate change, and the uncertainty about what such action might mean for an energy-producing region long tied to fossil fuel extraction.

One listener said a transition to renewables is imperative because “climate change [is] an existential threat.” Another expressed concern about what Biden’s clean energy plans mean for the jobs still tied to fossil fuels and “what effect their energy and climate policies are going to have on the middle class.”

Here’s how some area officials — from city halls to Capitol Hill —  are preparing for what promises to be an ambitious agenda with big implications for the region.

From water systems to roadways the Ohio Valley has a multi-billion-dollar backlog of long-neglected infrastructure needs. Despite strong bipartisan support for infrastructure spending, the long-promised action from the outgoing administration never materialized, and “infrastructure week” became a sort of dark, running joke through the Trump presidency.

Now, the prominent placement of infrastructure investment in Biden’s transition plan has energized local leaders around the region, and many see an opportunity in the significant overlap between the new administration’s goals for a “green” infrastructure that also supports a transition to cleaner energy and climate change adaptation.

A group of mayors from around the Ohio Valley drafted something they call a Marshall Plan for Middle America. They’ve joined forces with another coalition of grassroots groups and labor organizations, called Reimagine Appalachia, to take advantage of what they expect to be a major wave of federal and private sector spending on infrastructure and clean energy.

“We’re talking about billions of dollars coming into our communities to be able to transform our areas,” Huntington, West Virginia, Mayor Steve Williams said at a virtual event earlier this month. Biden plans to rebuild the nation’s infrastructure by spending $50 billion over his first year in office to fix bridges and roads and invest $400 billion over the next 10 years in clean energy innovation.

The mayors represent major regional centers such as Louisville, Cincinnati and Pittsburgh, as well as smaller cities and towns such as Athens and Youngstown in Ohio, and Huntington and Morgantown in West Virginia — places usually identified with coal country and the type of heavy industry tied to fossil fuels.

But one after another these city leaders pointed to the growing local support for clean energy and the economic opportunities that come with it — new solar installations, wind power, and battery manufacturing for electric vehicles.

Many of the cities involved have been working with the Appalachian Regional Commission to diversify economies hurt by the downturn in coal. Pittsburgh Mayor Bill Peduto said the coming combination of infrastructure and clean energy investment will be like the ARC “on steroids.” But he warned that the region’s leaders must work together to attract funding.

“We’re talking about getting what is our due share in what we paid in building this country, and what the rest of the country owes us in the transformation from fossil fuels,” Peduto said.

The Congressional Research Service found that rural Americans are over 10 times more likely than urban ones to lack adequate broadband internet access.

In western Kentucky, several rural counties have been working for years to build out broadband access without significant success. Amanda Davenport, executive director for the Lake Barkley Partnership, said there are some businesses in her region who have trouble processing online transactions on Friday afternoons because of crowded internet traffic.

“Internet is really starting to become a utility and should be looked at like a utility, like water and sewer, and electricity. And there needs to be a way to get service,” she said. “It leaves us behind, and it hurts the kids trying to learn sometimes. It hurts the local economy. It hurts businesses trying to grow and expand.”

The Biden administration has said it wants to invest $20 billion into rural broadband, with an emphasis on encouraging local governments and towns to build their own broadband networks.

A recent feasibility study commissioned by the four counties Davenport works with found the projected cost of building out a broadband network in the region would cost $135 million on their own, using a combination of fiber broadband and wireless towers.

She said the proposed funding from the Biden administration shows that it’s serious about tackling the issue, but that federal funding is only one piece of the puzzle. Other challenges include finding local internet providers with the expertise to build out rural broadband.

Biden’s big-ticket plans will also face some pushback from some regional lawmakers.

“This virtue signaling comes at the expense of low-income and rural families that rely upon industries opposed by liberal environmental groups,” she wrote.

As Sen. McConnell ended his run as majority leader, his remarks on the Senate floor reminded colleagues that the narrowly divided Congress resulting from November’s elections did not “hand any side a mandate for sweeping ideological change.”

Yet there is widespread agreement that the region will need additional economic support because of the coronavirus pandemic; The unemployment rate is high, small businesses have closed their doors, and thousands of people are struggling to pay their bills.

Biden’s plan for economic recovery includes providing aid to state and local governments to make sure essential workers aren’t laid off, extending unemployment insurance, and creating a package to help entrepreneurs and small businesses. His plan includes two acts proposed earlier by Democrats, the Protecting the Right to Organize Act and the Paycheck Fairness Act.

Conservatives generally oppose those ideas and also worry about Biden's plan to undo tax cuts implemented under the Trump administration.

“We aren’t super-big fans of any kind of expansion of income taxes or increasing taxes on job creators and things like that,” he said.

Ballengee still has his doubts.

“It makes me a little bit nervous that it appears as though we are doubling down on the idea that economic growth will flow from Washington, D.C. and not at the individual level,” he said.

However, despite the ideological differences there is evidence of common ground. Ballengee said he finds Biden’s plan for investment in rural broadband promising.

ReSource engagement specialist Tajah McQueen contributed to this story. We’ll be doing much more work on the Biden administration’s agenda and the Ohio Valley — let us know what you think. Add your comments here.

Liam Niemeyer
"Liam Niemeyer is a reporter for the Ohio Valley Resource covering agriculture and infrastructure in Ohio, Kentucky and West Virginia and also serves Assistant News Director at WKMS. He has reported for public radio stations across the country from Appalachia to Alaska, most recently as a reporter for WOUB Public Media in Athens, Ohio. He is a recent alumnus of Ohio University and enjoys playing tenor saxophone in various jazz groups."
See stories by Liam Niemeyer 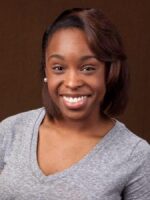 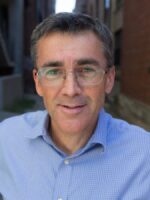