When you put rooftop solar on your home or business, you are still tied into the power grid for times when the sun isn’t shining. And, Kentucky utilities LG&E and KU wanted private solar generators to pay more for maintaining that grid. But the Kentucky Public Utilities Commission has said no.

Carrie Ray, energy programs coordinator for the Mountain Association, said, up until now, Kentuckians who have rooftop solar got the retail rate for power they generate but don’t use.

“KU is taking those kilowatt hours that your solar is generating and selling it to your next door neighbor. Those kilowatt hours just go back into the wires and they go to the next place that needs them,” Ray explained. “When that happens, you get a credit on your bill over the course of a month.”

The utilities had argued that the monthly credit should be eliminated and the amount paid back reduced to a little over 2 cents a kilowatt hour to cover the costs of maintaining the grid.

The PSC set the payback rate for LG&E solar customers at 6.9 cents per kilowatt hour and 7.4 cents for KU solar customers, and kept that credit coming on a monthly basis. 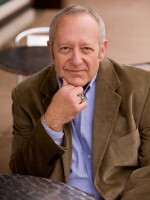 Craig Kopp
Craig Kopp is WEKU's News Director. He is responsible for overseeing WEKU's day to day news operation.
See stories by Craig Kopp
Support News That Matters
If you appreciate access to this important content during this global pandemic, please help us continue to provide public service journalism and information to Central and Eastern Kentucky communities.
Contribute Today